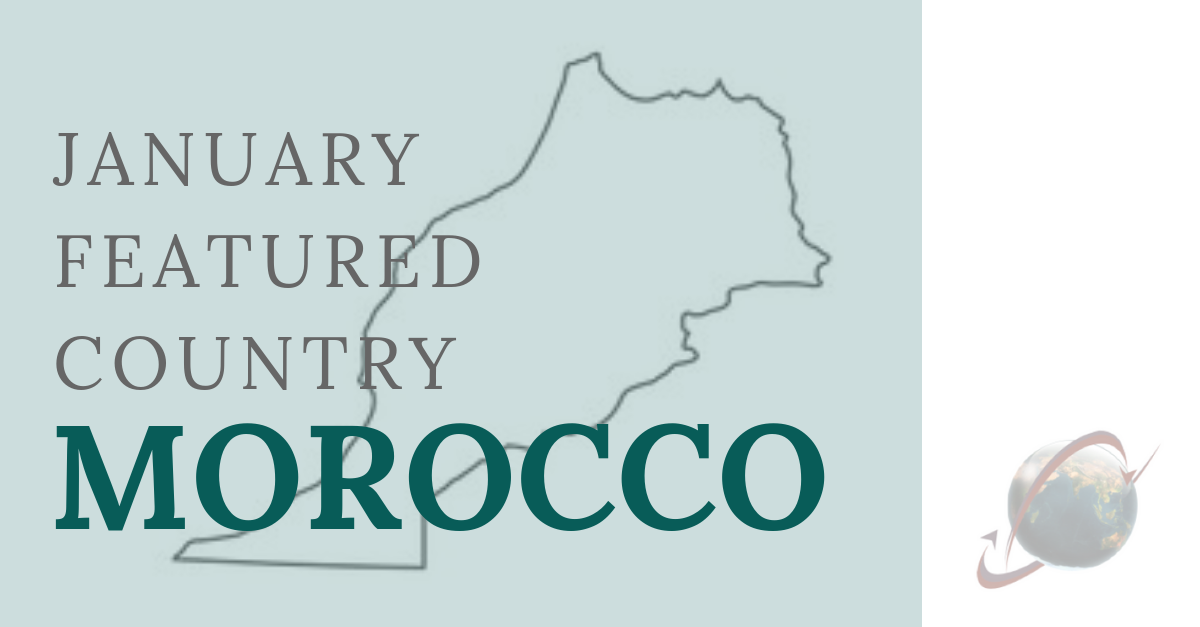 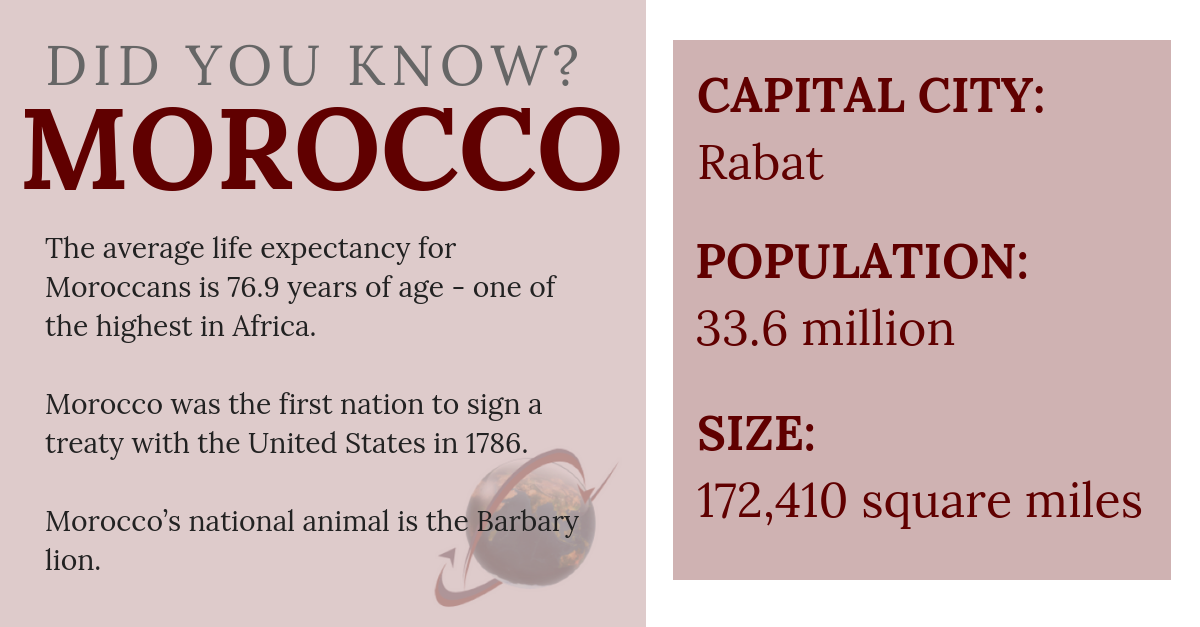 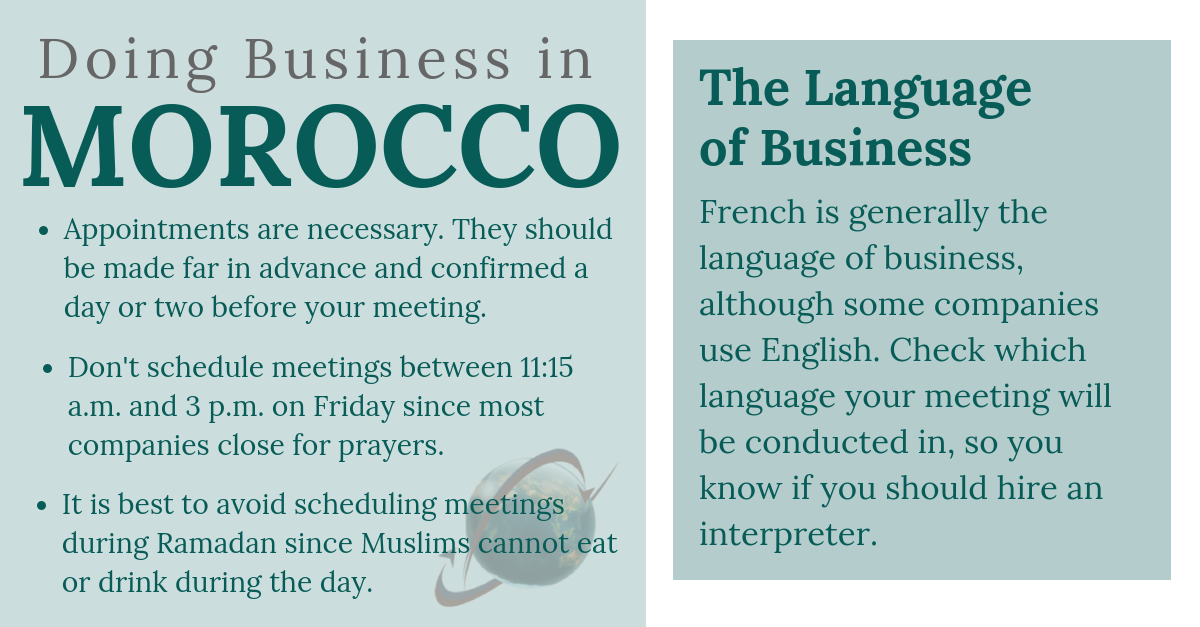 ‍Location: Morocco is located on the northwest corner of the African continent. Its north and west coastlines are washed by the Mediterranean and the North Atlantic respectively, and it shares land borders with Algeria, Spain, and Western Sahara. Morocco is only 8 miles (13 km) from Europe, across the Strait of Gibraltar.