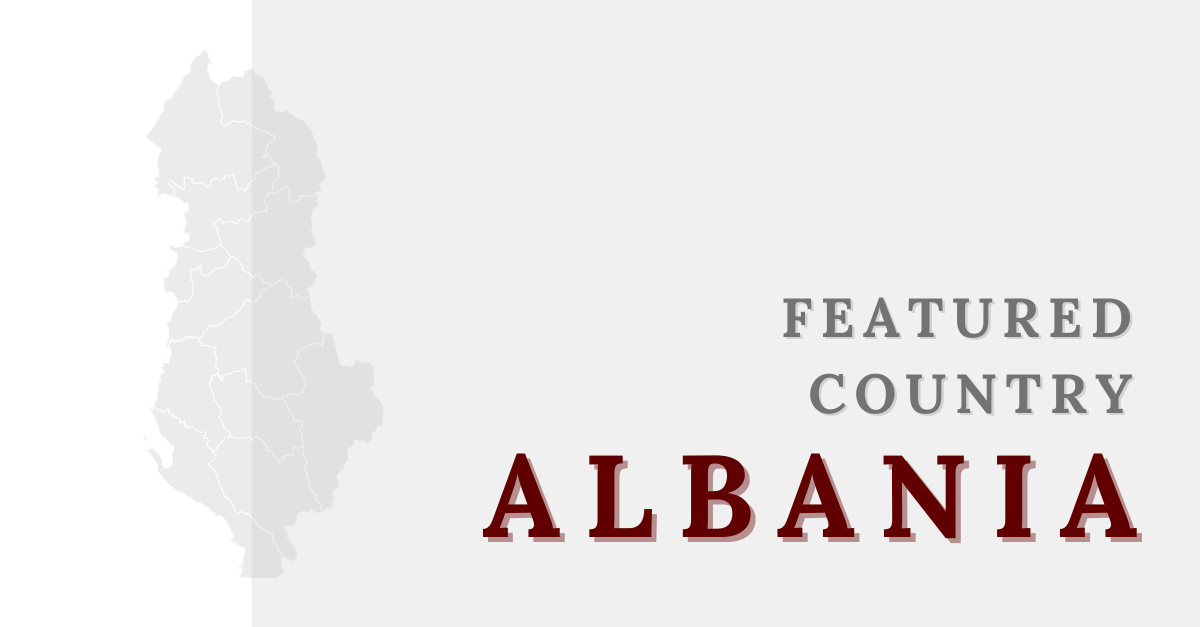 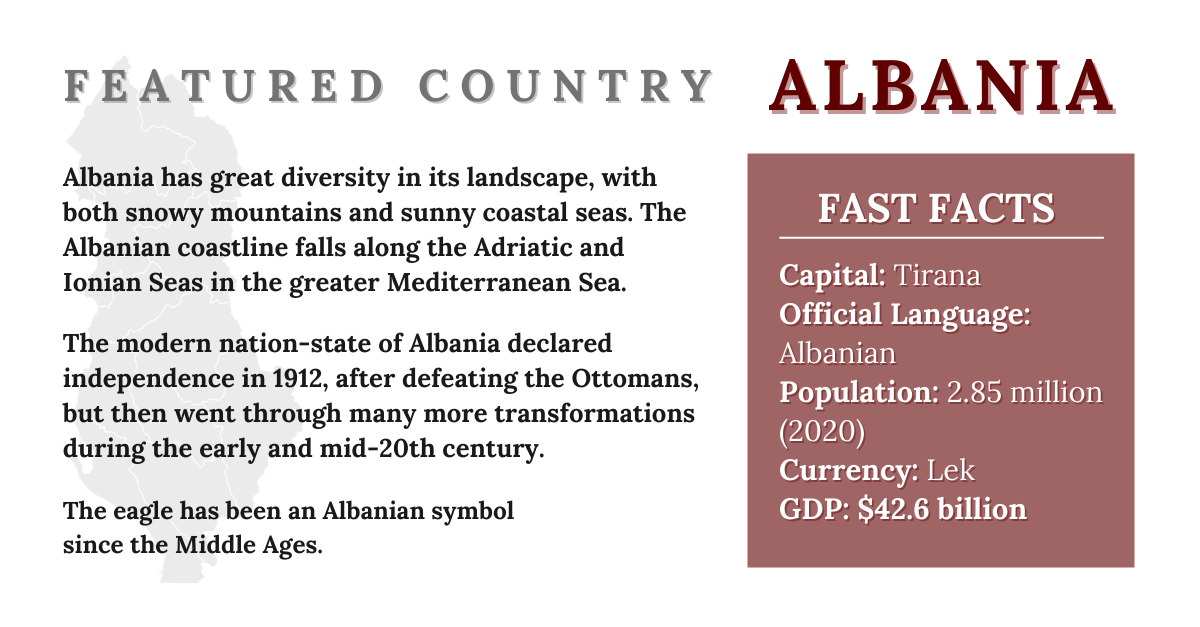 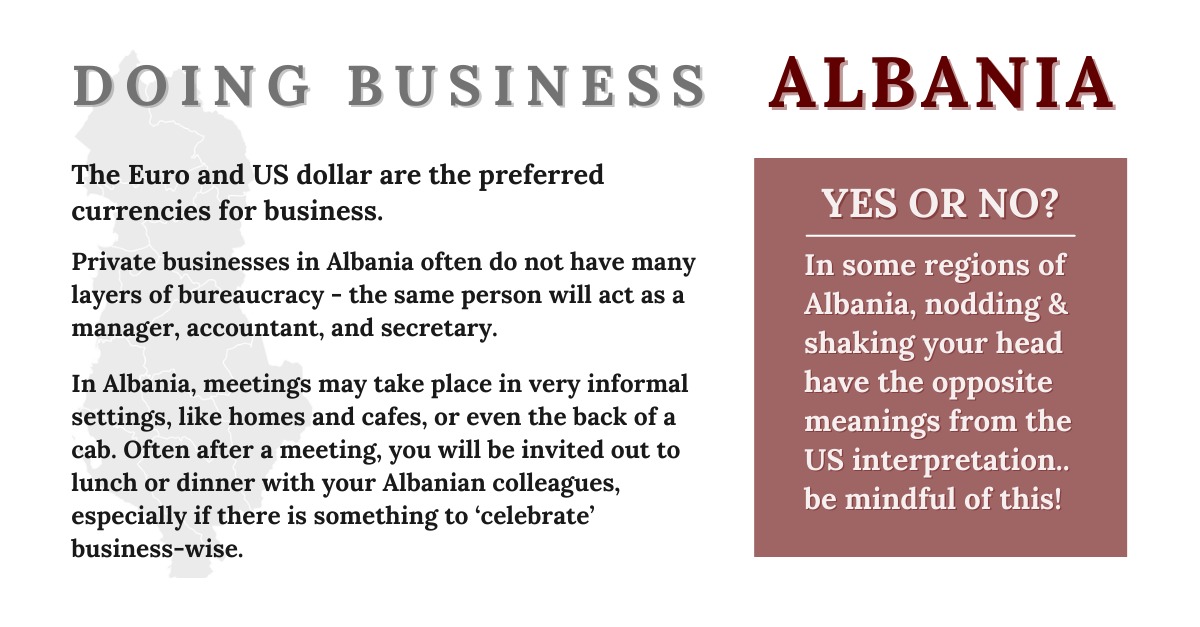 Legislature: Kuvendi - The Parliament of Albania

Location: Albania has great diversity in its landscape, with snowy mountains and sunny coastal seas. The Albanian coastline falls along the Adriatic and Ionian Seas in the greater Mediterranean Sea.