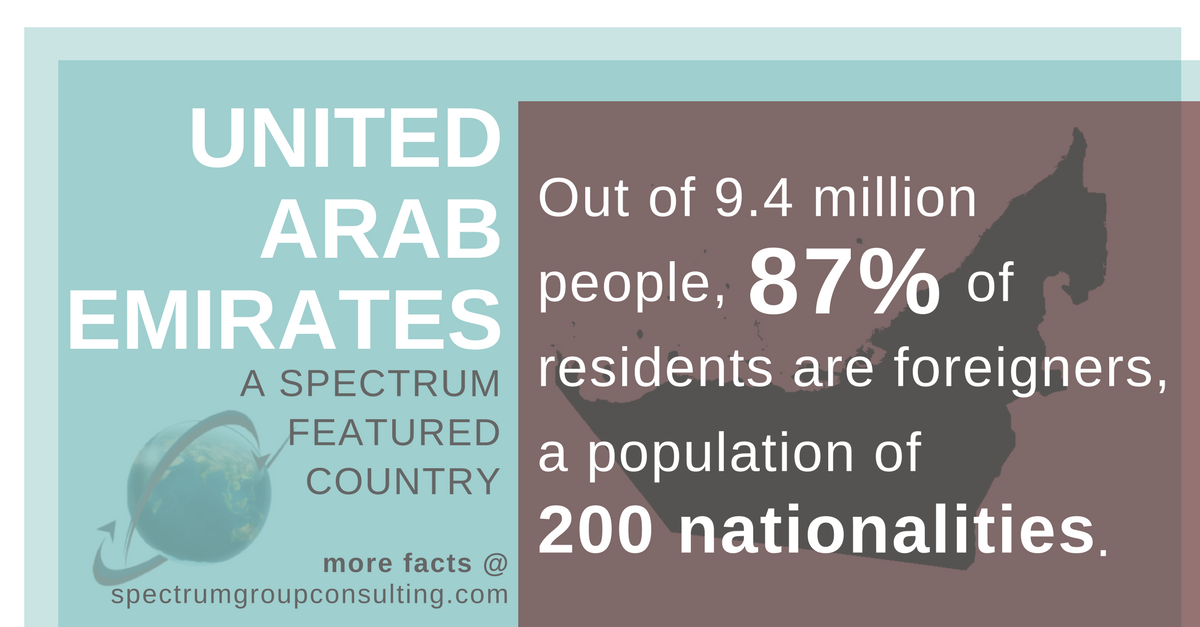 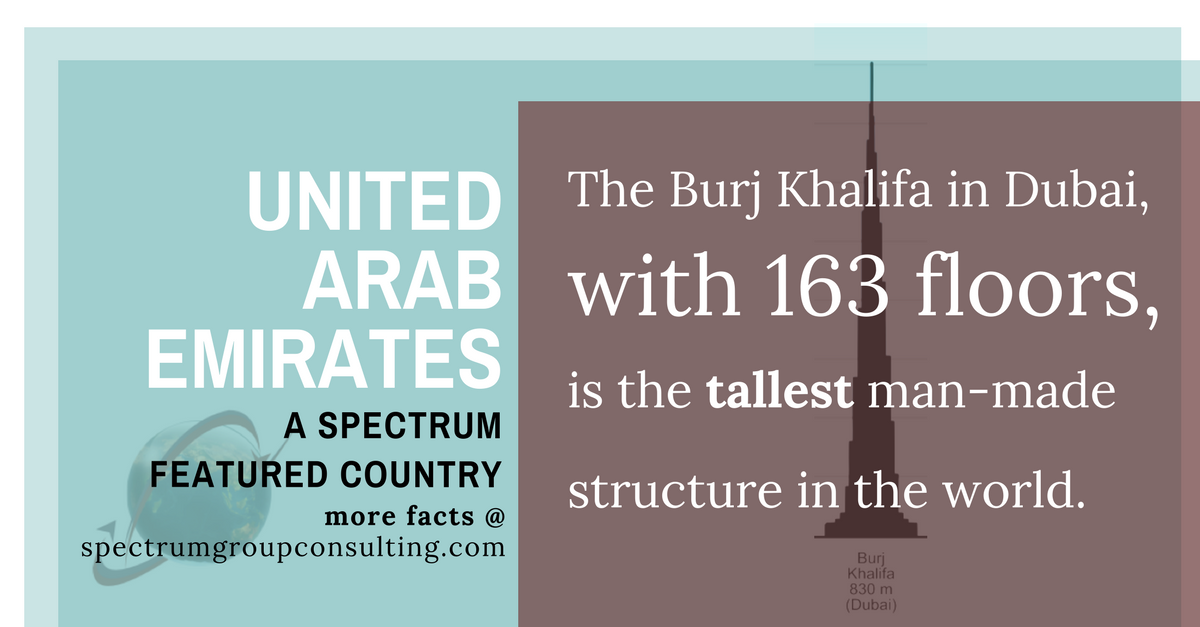 The United Arab Emirates (UAE) is an important economic hub in the Middle East. It consists of seven states, each headed by an emir. A president and a prime minister preside over the country.Capital City: Abu DhabiMajor Language: ArabicMajor Religion: Islam, although it is fairly tolerant of other cultures and beliefsNational Symbol: The falcon Although the United State is 118 times larger in area, the UAE holds some world records of interest: