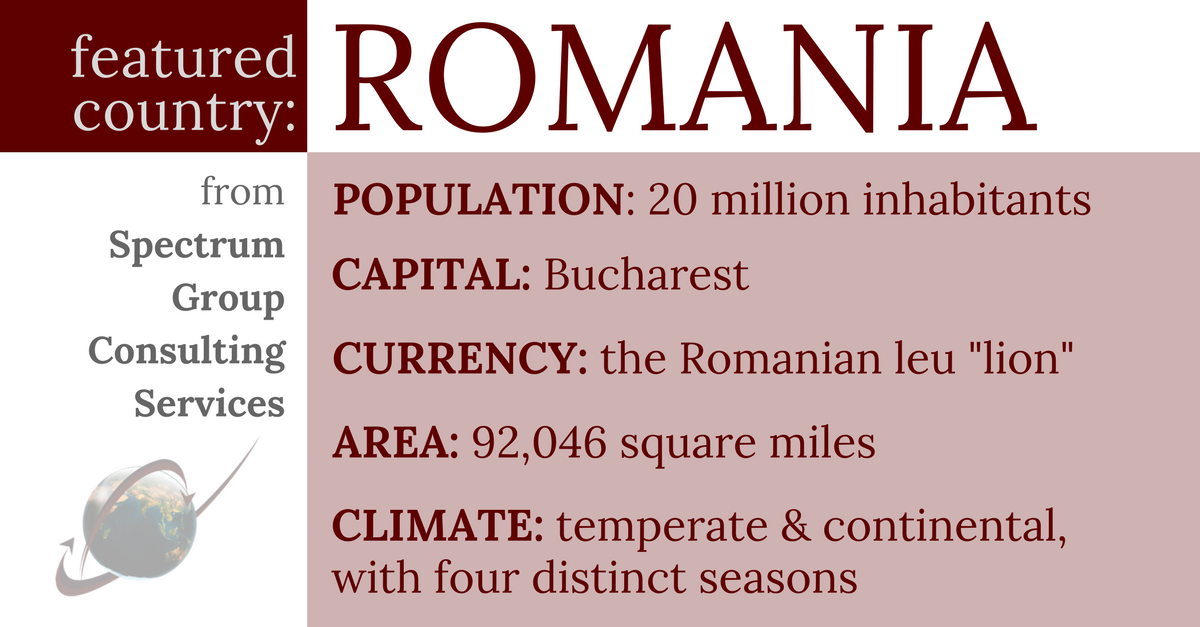 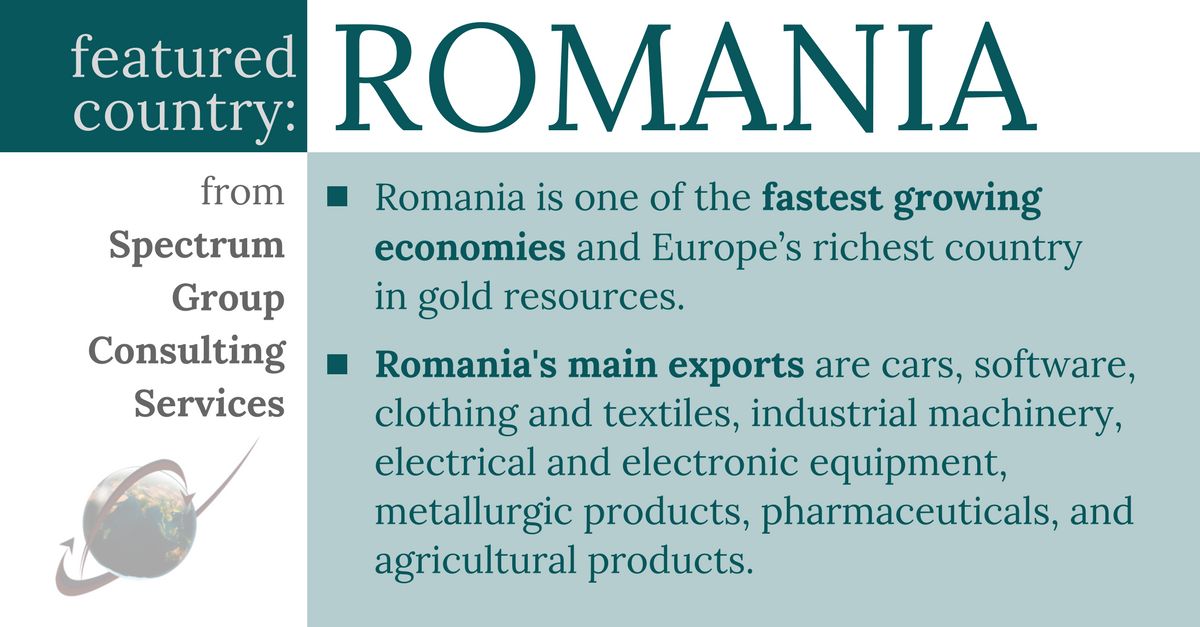 Romania is a sovereign state located in the southeastern part of the European Union.

Romania gained independence from the Ottoman Empire in 1877.

The name “Romania” comes from the Latin word “Romanus” which means “citizen of the Roman Empire.”

It has an area of 92,046 sq mi with one of the largest areas of undisturbed forest in Europe, covering almost 27% of the territory.

Population: 20 million inhabitants with one of the largest gypsy populations in Europe.

The Carpathian Mountains cross Romania from the north to the southwest.

Bigar Cascade Falls is the most beautiful waterfall in the world.

Romania is one of the fastest growing economies and is Europe’s richest country in gold resources.

Romania was a source of inspiration for two very famous novels: “The Castle in the Carpathians” by Jules Verne, and “Dracula” by Bram Stoker.

The tallest wooden church in the world has a 23 foot tall cross, weighing 1,000 lbs, on top of the 257 foot tall church.

The Romanian Palace of Parliament in Bucharest is the second largest building in the world, next only to the Pentagon in the United States.

The Merry Cemetery is a unique burial site with an open-air museum.

Timisoara was the first city lit by electric street lamps in continental Europe.